Kirtana K IN CONVERSATION WITH ‘UNKNOWN’ 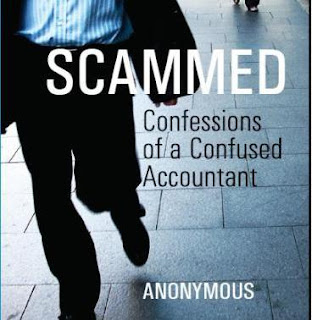 “Why have you chosen to be anonymous? In  this  day and age of everyone jumping on the instant celebrity hood bandwagon for doing  nothing  other  appearing in the society pages  with  no  noteworthy  contributions  to  their  name?”

“I believe it has become a fad to jump on the writing bandwagon these days. Everyone and their doodhwala is writing a book, and competing for this to become a coveted bestseller. For me, the reasons to write are different – I write because I have stories to tell, while having an audience who enjoy reading my stories. Whether my name comes out there or not, it really doesn’t matter. I’d like for them to read my books and enjoy my stories, and not the other way around.”

“Politicians are an insecure lot. Stamping their feet like spoilt brats, if they don’t get what they want, often at the behest of the taxpayers money. Has retaliation  ever crossed your mind due to the accurate portrayal of the ways of  financial corruption that involves our politicians?”

“I think as in every profession there are good and bad people. This gets magnified more with politicians, as they are human beings with power and influence. But we are the ones who give them the position they are in, and its up to us to be better informed and pick those who are most capable to govern us, without voting along caste, creed and other such influences.”

“What  research went into this book?  What   are  your  thoughts  on  the  current  PriceWaterHouse India  scandal?”

“There was no research as I subconsciously drew what I needed from what’s around me. On PwC, I’m not sure about the details of this and thus its hard to comment. Often these problems are about individuals who tend to bring down organizations, but I’m sure they’ll survive and thrive, as they are a reputed firm with many capable professionals.”

“I can’t put a finger on it, for sometime I wanted to be a lighthouse keeper (inspired by the Hardy Boys and Famous Five novels). Then there were dreams of becoming a pilot, which were dreams at best, given my eyesight. I used to read storybooks under a blanket, late at night. I guess my experiences in life and reading as voraciously as I did while growing up, sort of built these stories in my head, which I wanted to bring to an audience.”

“Who are your inspirations  (  literary  and  otherwise ) ?”

“I’m inspired by a lot of people. My late father for being the son he was to my grandma, my Nana who was the most simple and gentle person I’ve met, and a wonderful father and grandfather. My mother who’s the strongest person I know, and who’s stood by me through good and bad choices in life. I’m inspired by John Lenon’s philosophy, Christopher Nolan, Tim Burton, Imtiaz Ali and Sam Mendes’s films, Danny Boyle’s guts to explore something different with each film, Obama’s quest to make difference despite the stiff opposition, Mitch Albom’s words of wisdom, Steve Jobs’ creativity and a number of musicians who inspire the soul.
As far as literary inspirations go – Charles Dickens, RK Narayan, Truman Capote, Haruki Murakami, F. Scott Fitzgerald, Ruskin Bond, not just for the stories they wrote but for their journeys in life as writers, and the honesty with which they did what they believed in. I’m also very taken in by Stephen King and John Grisham, as despite their success they remain true to what they do. They are writers and not showpieces or pseudo opinion leaders on everything under the sun.”

“ I love to read biographies and autobiographies, but I don’t believe I can write one.”

“ Current  read?”
“I’m reading two books at the moment – The Virgin Suicides by Jeffery Eugenides and Nemesis by Philip Roth”

“What  are  your  quirky  book habits? ( reading  and  writing )”
I tend to read 4-5 books at a time. Very often I’m shuffling between them, and uncannily I know exactly where I stop with each of them, so I can get into them very easily even if I get back to it after a month.
As a writer, I don’t know. Being one is quirky enough.

“Whats  your  current  view  on  Indian  English  literature? Some of  the  best  stories  are  in  the  vernacular.  Is it  time  for  translations  to  make  a  huge  entry?”
“I believe some very good translations exist, especially for that of Bengali literature. But a lot more can be done. I think there are a number of interesting stories in regional languages and those that can be translated should be. I think these stories really capture the essence of our lives today.
On the other hand, a lot of what is pedaled, as English literature isn’t quite what it should be. Its often gibberish by those who want to be famous quickly, and it imitates Bollywood cinema, much of which is make believe and over the top, with little resemblance to life as it is.”

“How  are  you  on  the  social  media  front? Still  anonymous?”
That’s funny. I don’t believe I’m anti – social but as a writer one has to isolate oneself and cut out the noise, and these days I do that a lot.

The social  media  has  enabled  individuals  to  market  themselves like never before and get published inspite of having no apparent  skills  of  a racountuer   leave alone grammatical  ones. .

What  do  you  think?  Is  the  only  about  the  money?
It’s about money, fame, power, influence and all that jazz… I see some socially awkward individuals running blogs and websites, ripping apart individuals they have a grouse against, and showing a lot of support to those who give them some importance. I guess it’s an outlet for them to deal with issues they’ve had growing up.
On the other hand there are blogs that are credible, honest and that bring good content to their readers. Dfuse.in, Helter Skelter, Mumbai Boss are among those who are doing a very good job.

Salman  Rushdie.  A  fine  author  and individual.  Yet,  for  excercising  his  freedom  of  speech has  a fatwa  on  his  head.  How  far  is  too  far  do  you  think? Where  should  the  limit  de  drawn?
I don’t know of him as a person, and I truly couldn’t finish the two books that I tried reading. I quite disliked both of them. I’m not sure on this one; it’s a tricky question. There’s nothing that’s black or white I feel, despite there being mixed opinions and views on this one. What I do feel is that the media is giving this disproportionate attention, as he is a darling of many media outfits. Why don’t they focus on real issues – corporate land grabs, the growth of clandestine big business set ups by politicians or those close to them, the appalling condition of our health, education, transport and other infrastructure that is tearing at its seams or is available to those who can pay a price.

Should  be there  be  a   literary  body  that  governs  the  quality  of  writing  in  the  booming  Indian  market?
I believe that there should be a literary body that governs who can publish and what in the name of English literature. This isn’t a curb on one’s freedom of expression, one can still do that on their blogs and own websites, but a certain minimum standard in terms of editorial quality is necessary when you’re bringing books into stores and pitching these to people who want to read. The body shouldn’t govern what gets published, but who publishes these books and whether they are credible enough to represent an ‘Indian publisher’.  A lot of other guys making money from this business are glorified printers with a Hotmail account who are ripping off poor writers who want to see their name in print.

“Are  you  a sociable  person?  Do  u  need  seclusion  to  write?”
“I’m not a sociable person when I’m writing; I do need a lot of seclusion and many cups of coffee. I’m sociable now, given that I’m going through the phase of launching what’s already written.”

“Whats been  you  most  memorable  writing experience?  Likewise, the worst  and funniest?”
“I don’t know, its all the same to me really. Writing needs seclusion, determination and focus. I think there are good and bad experiences when one gets down to launching books. At one event, an old gentleman came up to me and said he spotted an error in my book. I wondered what, and he smiled. He spoke about a bank in Fort that doesn’t exist and he knows as he’s lived there all his life, to which I had to explain that indeed it doesn’t and the book is a work of fiction. The worst would be to show up at an event to launch my book, and the bookstore has accidently printed posters and standees of another upcoming book and put that up instead at my launch. The worst experience for me, but something funny for an observer.”

“Do  you  enjoy  watching  movies?  Whats  your take   on  the  current  quality  of  youth  oriented  shows?”
“I truly enjoy watching all kinds of films including animated ones. I also watch a lot of Italian and Spanish films with subtitles.  I do not watch any of the youth oriented TV shows. I guess I have little time for them given my busy schedule.”

“Your book  is  being  well received. How  does  that  make  you  feel? Still  want  to  be remain  anonymous?”
Thank you, and a big thanks to all the readers out there who’ve given my writing a place on their reading lists. On this one, yes, its fun to remain anonymous. It does keep some people guessing.

It  does keep people guessing alright , for, I realized,( once I had  ambled out of the tombstone of a building into the fine dusky evening ) I had gotten any step further towards uncovering his identity. Maybe someday soon.

By Book Scammed;  Confessions of  a  Confused   Accountant by Anonymous